The Peach Keeper, written by Sarah Addison Allen and published by Bantam Books, is a must read New York Times Bestselling novel about the everlasting ties of friendship. The novel combines romance, magic, a suspenseful murder mystery, and that signature southern charm we have come to expect from Allen.

The story unfolds in Walls of Water, North Carolina. Allen’s own childhood in the Blue Ridge Mountains in Asheville, North Carolina, equipped her with splendid imagery that thrusts readers into the world she is building for them. “In the autumn the entire backyard became a mass of lollipop-yellow leaves, so bright they lit up the night like daylight. Birds nesting in the tress would get confused because they couldn’t tell what time of day it was.”

Allen not only constructs a fabulous setting but also well-developed, quirky, and relatable characters that readers will fall in love with. Willa Jackson–the now responsible, organic sports store owner who stays in every Friday night to vacuum–used to be the town joker in high school, and Paxton Osgood, a High Society woman, is always in control of every situation but can’t find the courage to move out of her parents’ house.

Also, the way Allen offers an intriguing spin on the 3rd person point-of-view. The story focuses on one main character each section, making the story seem to alternate between the different characters’ viewpoints. This allows the reader to see into the minds of and connect with the characters, but gives Allen complete control over the pace of the story.

Anyone who enjoys southern literature will enjoy The Peach Keeper for her settings and because of the southern superstitions depicted that allow readers (especially southern readers) to reminisce upon their own superstitions. In chapter eight, Willa is afraid of Tucker Devlin’s ghost. She places a penny on her windowsill and cracks the window “because her grandmother had once said that ghosts often forgot they were ghosts and would go after money, but if they got close enough to an open window, the night air would suck them out.” Nostalgia is exactly what Allen offers her readers.

This is not just a novel about superstitions or the supernatural. While there is the hint of magic and Tucker Devlin’s ghost, this is story has the themes of friendship, roots, acceptance, forgiveness, and parental expectations. Allen has her readers thinking about how much roots and parental expectations mean to us and how they affect the people we become. Paxton loves history and is rebuilding the “Blue Ridge Madam,” a historical building to the town and her woman’s society, and doesn’t understand why her twin brother doesn’t consider his roots to be important. Colin, her brother, can’t stay in North Carolina and does everything to keep away from his past. But mainly this is a heartwarming tale of how true friendship is accepting of who we are, always willing to forgive, and lasts forever. Agatha Osgood keeps a promise she made 75 years ago to a friend, who is now suffering from dementia and doesn’t even remember the promise. Willa tells Paxton that she has maced people for her and now she’s got her for life. Allen has created a magnificent novel about what friends are willing to do for one another and how friends take care of each other always.

The Peach Keeper is a superbly written and engaging story sprinkled with magic and southern charm, a must read. 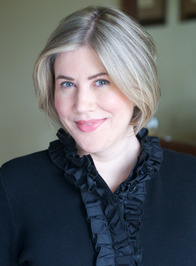 Billie Jennings is a student at Tusculum College and an assistant editor at TTR.