“Doesn’t pattern require—to be seen / as pattern—not just repetition but, as well, eventually, / the interruption of it?”

Carl Phillips’ Speak Low (Farrar, Straus and Giroux: 2009) signals a bold break in the larger body of what—at least, we say—wisdom requires. In this, his tenth collection of poems and a National Book Award finalist, Phillips’ form is truer to itself than in previous works, it seems; stronger for its purpose, perhaps: to carry the weight of the scales more so than the casualties weighed. With ever-reactive and unabashed attentiveness to the needful organism that is language, Speak Low returns a now-veteran Phillips to the battlefield to appraise the scars and fallen notions of a younger man—“Love, death, ambition,” and with them, power, justice, and perversion.

Phillips hesitates to offer any how-to, but, in fact, wields an ensnaring cynicism in the face of assuredness, invoking the immortals of history as well as the once-yet-not-so-familiars of now to execute the contrapuntal: “Rest now … / —the work / of empire: that was then. // In its wake, the fallen leaves rise and fall again, like the feet of / gods long ago deposed, shambling…” (from “Reciprocity”). As we hunt and flee and meander through the too-quiet gardens of Speak Low, Phillips’ provides us the safest truth to cling to, which is at once the most savage: we know less than we did in the beginning.

Particularly emphatic of the ways one punishes—mostly—the self, Speak Low examines the repair, its vanity, and its recalling what elsewhere came undone in the scabbing over. Poems such as “A River in Motion and in Stillness” face the surrender implicit of giving pride access to force, while “A Little Moonlight” and “Distortion” speak of the divergent locus of control: What does one do with the wound? What is it that can be done? To the reader, Phillips bears a sensitivity to the manifestations of penitence—a gift that is almost reluctant in its benignity: compensatory for the linguistically evasive pain.

Speak Low, as though with a gilded tongue, reads with surest fidelity to Phillips’ characteristic voice, impossible to abdicate and uncompromising in its soliciting reason. It deduces and revises, authenticates and then wanders, and—like the classic rituals of want and repercussion it speaks for—attracts through its unremitting procession. 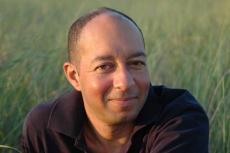 Carl Phillips is the author of twelve books of poetry, including Silverchest (2013) and Double Shadow (2011), which won the Los Angeles Times Book Prize.  Other books include Quiver of Arrows: Selected Poems 1986-2006, a translation of Sophocles’s Philoctetes (2004), and Coin of the Realm: Essays on the Life and Art of Poetry (2004).  A finalist for both the National Book Award and the National Book Critics Circle Award, his honors include the Kingsley Tufts Poetry Award, the Theodore Roethke Memorial Foundation Poetry Award, the Thom Gunn Award for Gay Male Poetry, and award in literature from the American Academy of Arts and Letters, and fellowships from the Guggenheim Foundation, the Library of Congress, and the Academy of American Poets, to which he was elected a Chancellor in 2006.  In addition to contemporary poetry and the writing of it, his academic interests include classical philology, translation, and the history of prosody in English.

Justin Phillip Reed is a student at Tusculum College and the Assistant Managing Editor at TTR.