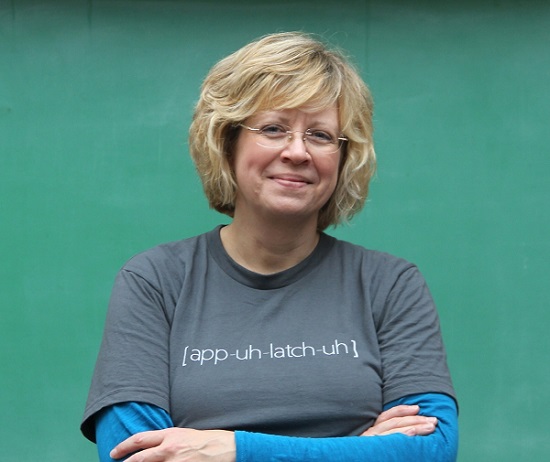 A few years ago, during this era of seeming over-sharing, I wanted to take myself as much out of my poems as I could, do away with that ubiquitous “I” at center stage in so much contemporary poetry. But a poet still needs to aim for the personal precision which resonates universally. This experimenting led me to write a whole manuscript, The Book of Awe, in second person, “you.” Sometimes that “you” still ends up being me, of course. I have hopes, though, that the pronoun will provoke readers, make them sit up straighter, be present not only in the poems but in their own lives. “You” is a bossy pronoun which demands awareness. “Gnosis,” the pivotal poem in the book, falling nearly dead-center, is the only poem in the collection which pulls together “I” and “you,” to convey a tandem responsibility for perspective and “knowing.” “Knowing” is the definition of the Greek term “gnosis.” All the titles in the collection are one-word, and each implies a spiritual quality or even an orthodox doctrine. But I want to subvert the traditional notions rooted in those terms. Similarly, poems I’ve written in the past few months also try to jostle territory that’s typically considered “religious.” “God as Redbud” is one of several dozen new works all titled “God as. . . ,“ which have grown out of contemplations of the tangible world, both natural and man-made. Sometimes these are contemplations of the ugliest of objects or experiences, though the one featured here is simple and pleasant. Good poems should probably ask more questions than they answer, so I hope my latest poems ask: Where do we expect to experience the sublime? What if we aren’t practiced enough to recognize it when we’re face-to-face with it?

SUSAN O’DELL UNDERWOOD directs the Creative Writing Program at Carson-Newman University. She and her husband, artist David Underwood, recently started Sapling Grove Press, devoted to discovering new writers and visual artists in the Appalachian region. She has published two chapbooks, From and Love and Other Hungers. Her poems are included in a variety of journals and in The Southern Poetry Anthology Volume VI: Tennessee, and she has new work forthcoming in Blue Fifth Review, One, and Still.