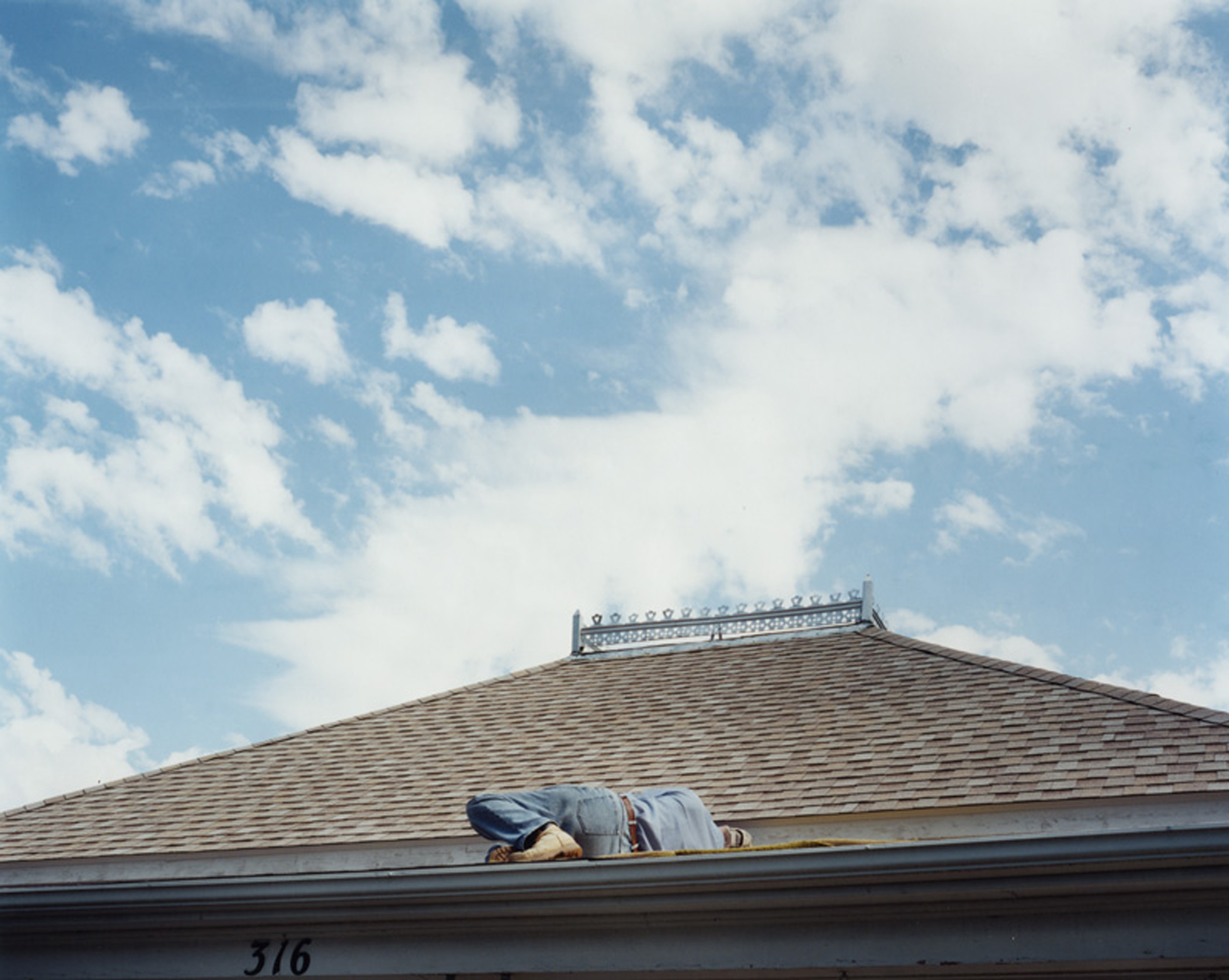 Shawne Brown’s cover photo of a sartorial working man on an elegant shingled roof is an appropriate introduction to Volume 5 (2009), which is filled with works that capture transfixing mysteries. The issue begins with poems by Kristin Abraham, whose “Milk-Ghost Man” is an astounding insider account of drowning: “began / with a thrash, then was / on him like normal,” and continues with Dan Boehl’s sobering poem vignettes, one of Chinese stowaways found “cooked to death. And in the pile / a woman still alive / her hands / a couple of wolves working the darkness.” Boehl’s three poems here eventually appeared in his 2011 poetry collection, “KINGS OF THE F**KING SEA,” set in a world of sea outlaws and cut with full-color images by Jonathan Marshall.

Here are Adam Day’s unsettling Badger poems and future Tusculum Review poetry editor Clay Matthews’s “The Phone Booth,” a stunning narrative meditation on a car journey across the Midwest punctuated by a roadside diner and a telephone call, linguistically and geographically nimble:

meal. Rain outside, coming in around

the exhaust fan. And then I let out. I exhaust.

Read the signs: Stop Now, Next Exit, you can turn back

but you cannot turn away.

bread on your plate. She’ll feed you if you’re hungry,

and you are hungry. The vast sadness

of Kansas. Send them crying back to Missouri.

Here also is Bonnie Jo Campbell’s delightful essay “The Sitcom Moment,” in which she searches for the humor in daily life: “In Karate class, Sensei seems a little slow in his responses, he slurs his speech a little. Turns out that he is taking Vicodin for his chronic knee pain. After we do our usual warm ups, he commands us to perform quadriceps exercises for twenty-five minutes, which is not humanly possible.”

Similarly sharp and inventive are Peter Caws’s essay, “The Dentist in Wartime,” about the horror of the English dentist, and Michael Hemery’s “Not Only,” an agile meditation on his status as a sibling-less child and the language permutations of “only.” Kevin Oderman’s travel essay on Corsica begins with his father’s wartime service, considers expat British writer Dorothy Carrington’s fifty years there as he moves about the island, enchanted, and ends with his glimpse of a girl, “a young woman, maybe, crossing La Place with a friend . . . Her slouchy, restless look. Her cutting eyes. A vaguely willful quality, both coltish and haughty.” The ambling essay is as warm and hypnotic as shafts of afternoon light in a visited place.

The fiction alone is worth the price of admission: Eliza Hartsig’s “What Dogs Are They?” is a lush, forested immersion in the lives of a widowed cheese counter woman and her young son, Malcolm. Even the cysts that Fatou, the village nurse practitioner, finds at her checkup are described with wonder: “I imagined a small emerald in my breasts. My breasts with an emerald interior. Like soft moss caves.” Kim Chinquee contributes three lovely short-shorts about another single mother spending time with her just-home young adult son at the ice rink, “where teenagers with hickeys jumped like kangaroos, moving their blades sideways, which ruined the slickness.”

The Tusculum Review Fiction Prize winner, Kevin Heath and Ryan Futrell’s “29 Pieces,” chosen by judge Michael Martone, documents the courtship and marriage of Hawkman and Hawkwoman. The husband observes his wife’s bird-like toe dexterity: “Without looking his way, she extends the leg closest to him and holds up her foot, wiggling her toes as rhythmically as Hawk might tap his fingers on a chalkboard.” The story tracks Hawkman’s descent into jealousy as his wife becomes the most popular guest at her real estate firm’s expensive party: “She’s managed to switch the celebrity polarity so that now the celebrities want to talk with her. They come to her with tax questions. They ask her to show them her golf swing. Hawk watches their eyes go up and down her body while they nod like they’re listening.” This portrait of a shared life is experimental, emotionally astute, and riveting.

Slid in are Nancy Breslin’s silvery motion photographs of amusement park rides at night and Shawne Brown’s color prints of small town architecture. They’re a good match for each other and a lovely setting for the written work here, which arrows the shimmering details of daily lives.